When DC Universe Online launched, it was one of those games that a lot of naysayers predicted would die within a year. When Sony Online Entertainment announced that DCUO would be going "free to play your way", more jumped on the bandwagon. Well, guess what? They were wrong. The game has grown in leaps and bounds since changing models, and tons of new content is on the way for its fans.

During last weekend's SOE Live convention, we were treated to some inside information about the forthcoming and sixth major update since launch. Called "Home Turf", Update 6 is bringing some big, flashy and exciting things to everyone's favorite superhero game. Jens Andersen had a lot to say about Update 6:

"With each update DLC, we've tried to expand the universe more and more and to introduce new features and facets. We've wrapped up storylines and more." 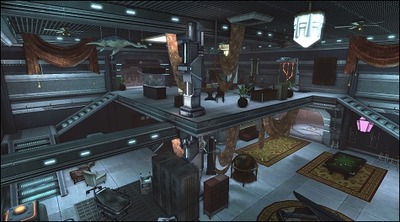 "With Home Turf, we're moving past story. We're introducing player lairs, their own spaces. From a lair, players can run raids, check mail, sell things, perform social activities. These things will still be able to be done in larger cities, but we wanted to give players a real reason to 'go home'." Andersen said.

There will be ten different lair themes that can run the gamut from the Hideout that everyone, including F2P players, will receive to a bunker or a modern apartment or a gothic space or even a lair in the sewers. Players will be able to find a spot in the real world where the entrance to their lair will be. Want a sewer lair? Great! Head out into the city and find a manhole cover to call your very own.

Players who cant' make up their minds about what type of lair they want will be pleased to know that more than one housing unit can be owned and the decorating themes can be "mixed and matched" according to a player's whim. In addition, players will be able to make use of their character's emblem and color scheme when decorating a lair.

But lairs go beyond the practical and the cosmetic. Players have a reason to protect and defend their Home Turf. DC Universe Online will allow players to engage in 1v1 PvP duels within lairs. Matches will feature multiple rounds and players will be paired up based on skills and levels. One player will be picked as 'attacker', the other as 'defender' and then let the mad rumpus begin! 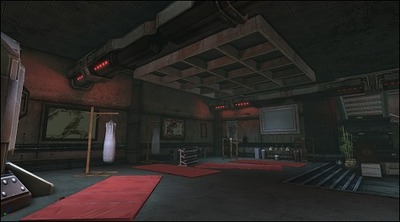 But if that's still not enough, developers will be including cinematic scenes of the fight and the environment inside a lair will be destructible. Don't worry though. After a match, items within a lair will gradually reappear in their undamaged forms. Andersen said they didn't want to penalize players for engaging in duels, but they still wanted to make it look like there was a fight there.

"There's a lot of satisfaction in destroying other people's stuff." Andersen wryly said.  And that can be said, even if it's only temporary destruction.

In addition to all of the above, which is arguably a lot, lairs will also contain something called a "mainframe" that will allow players to gain new abilities. It applies to all characters across the board. Players progress through power or weapons trees and can unlock features like allies that help you out in battle. Or perhaps, they will gain access to certain technology that can help them out. For instance, Batman gets "Brother Eye" that helps him out. New abilities will be brought to bear in the open world, instances or lairs.

Update 6 isn't just about lairs either. Along with the housing system, players will also find new high end and solo content that will take place in the open world and in instanced areas. Quests in the Arkham Asylum have been redone and repopulated with daily missions and a storyline that extends what's known about Scarecrow and Poison Ivy. In addition, content in the Steel Works has been reimagined as well as on Striker's Island. Striker's Island feels more like a real prison. Lastly, Ace Chemicals is getting a facelift as well. There are new adventures for players outside of Ace Chemicals to take part in before dipping into the instanced content there. 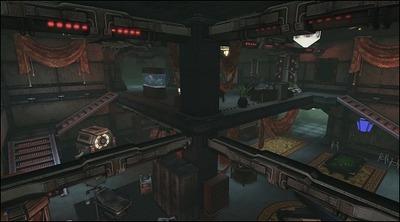 But the team isn't finished yet. We got a small preview of what will be coming to DC Universe Online in the next year or so:

DC Universe Online developers are excited about the future of their game and it's easy to see why. More innovative and interesting features are coming with Update 6: Home Turf than any DLC that has come before. With the big plans already on the table for the game's fairly immediate future, things look bright indeed.